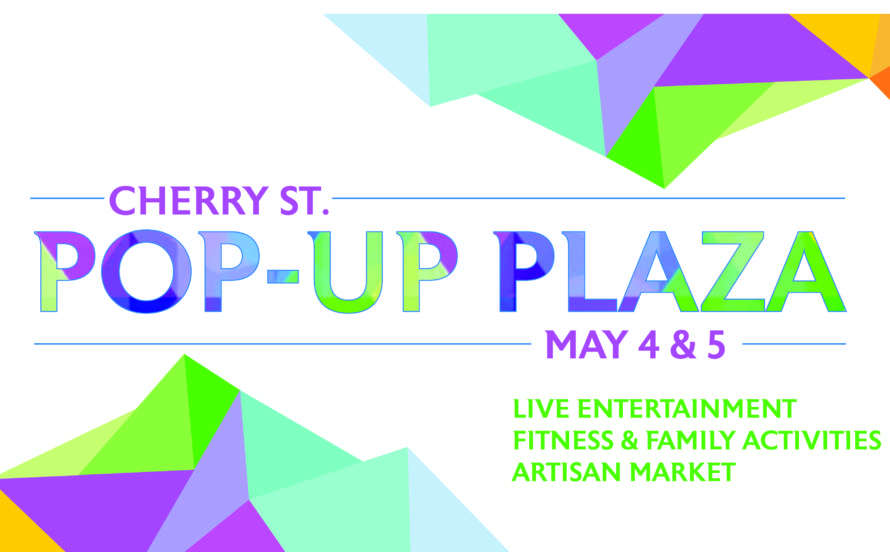 NewTown Macon and Main Street Macon will host the Cherry Street Pop-up Plaza on Friday, May 4 and Saturday, May 5 in the block of Cherry Street between MLK Jr. Blvd. and Fifth Street.

In 2017, David Moore, Project Manager for NewTown Macon, won a grant titled “Third Place Play” from the Downtown Challenge Fund of the Community Foundation of Central Georgia to reimagine underutilized spaces in the urban core. Creating a park-like plaza on the lower end of Cherry Street is a strategy outlined in the Macon Action Plan, downtown Macon’s strategic plan for community revitalization. The Cherry Street Pop-up Plaza is a way to test the strategy and gain community support.

“NewTown Macon seeks to create a sense of place and this grant invites citizens to see the great potential of our downtown public spaces when temporary improvements are made and programming happens” said David Moore, NewTown Macon Project Manager.

During the Cherry Street Pop-up Plaza, the block of Cherry Street between MLK Jr. Blvd. and Fifth Street will be closed to vehicular traffic and transformed with bistro tables, Adirondack chairs, activities, music, and vendors.

The Cherry Street Pop-up Plaza kicks off on First Friday with live music by Delta Moan and DJ B3 from 5pm to 9pm. On Saturday, May 5, there will be a free yoga class with Sparks Yoga, Hip Hop Cardio with Todd “T Luv” Davis, music by DJ B3, and an artisan market featuring local vendors.

Additionally, NewTown Macon and Main Street Macon have partnered with local rescue agencies to host a puppy brunch from 11am to 3pm at the Plaza on Saturday, May 5. Community members are invited to bring their dogs to enjoy the Plaza or visit to consider adopting a new furry friend. Piedmont Brewery and Kitchen will be on site to sell small bites, beer, and mimosas.

The Cherry Street Pop-up Plaza will conclude on Saturday evening with a free screening of Wonder Woman at 8pm in partnership with the Tubman Museum and in celebration of Free Comics Day. Attendees can pick up free comic books provided by Comics Plus.

“At Main Street Macon, our goal is to encourage people-centered public spaces,” said Emily Hopkins, Main Street Macon Manager. “This block of Cherry Street between the Georgia Sports Hall of Fame and the Tubman Museum is a natural plaza that could serve as programmable space for those institutions and the businesses on this block. Working with NewTown Macon to activate this block is a way to prioritize use of the space for people instead of parking.” 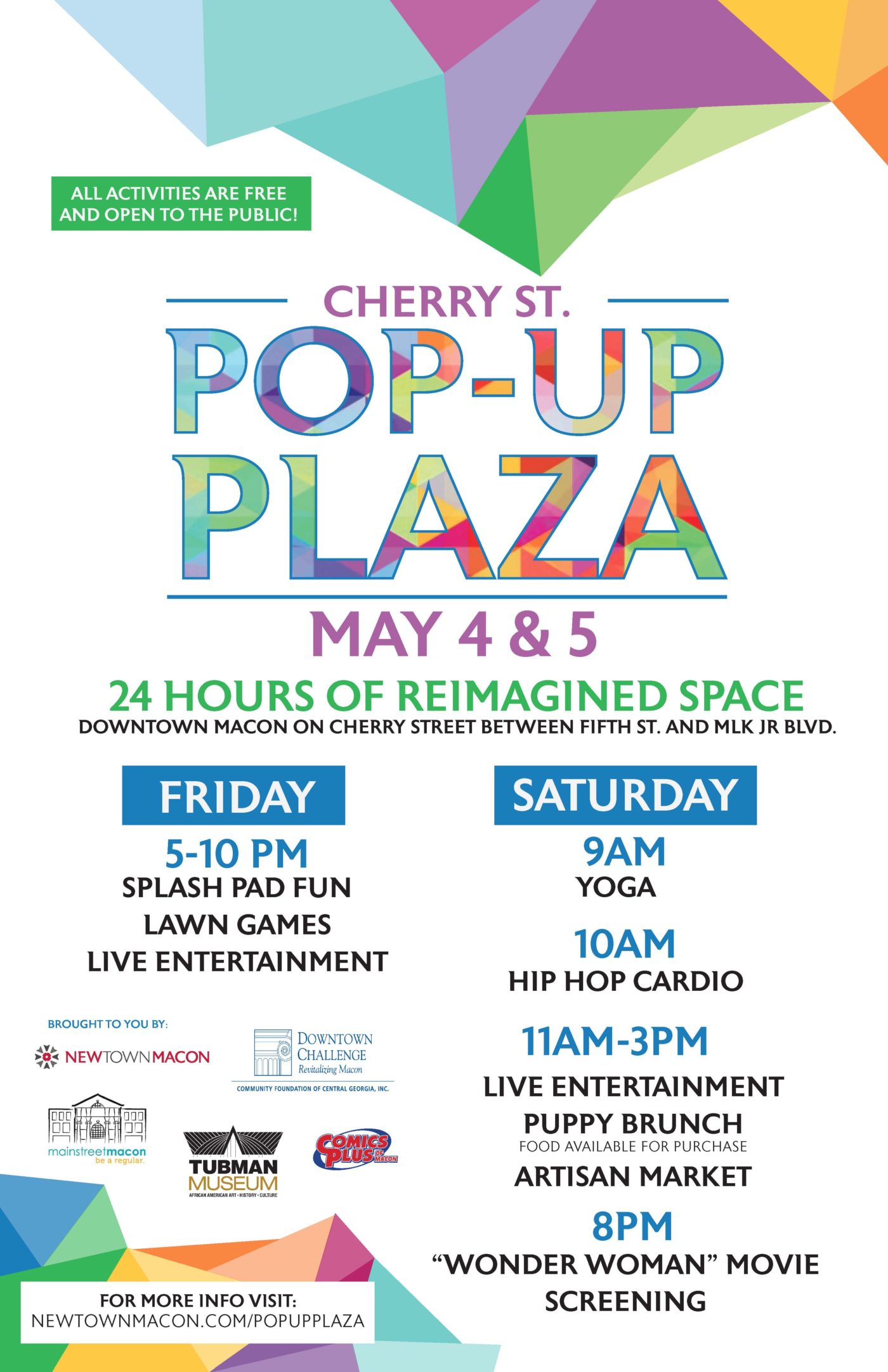